Dora the Explorer Wiki
Register
Don't have an account?
Sign In
Advertisement
in: Characters, Animals, Males,
and 7 more

Tico (originally known as Tico the Skunk in the 1998 pilot) is a dark purple squirrel and a friend of Dora's who lives in the forest. Spanish is his first language and he speaks very little English. He wears a colorful striped vest and is usually seen driving his little yellow car, although he has been known to travel in a variety of vehicles, from helicopters to boats to a bicycle plane. He has purple fur, a round body, and small triangular stumps for arms and legs, He is also Benny's best friend (revealed in Best Friends).

Tico's function on the show is to help Dora teach the audience words and phrases in Spanish; Dora has to tell Tico something in Spanish, such as "Faster", "Stop", "Wait", or "Look out", and she asks the viewers at home to say it along with her. In some episodes, a different Spanish-speaking character (such as Señor Tucán) appears instead of Tico. 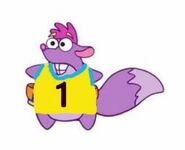 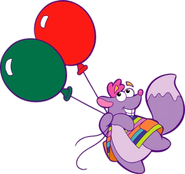 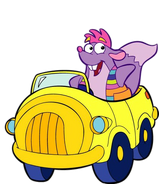 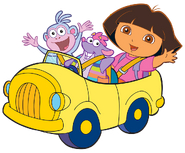 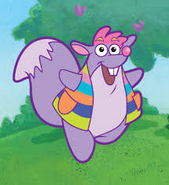 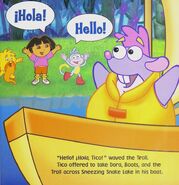 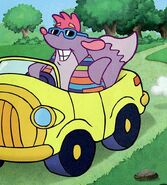 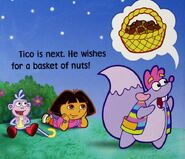 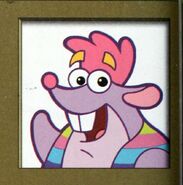 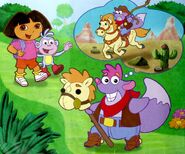 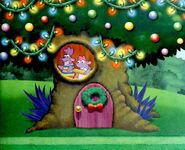 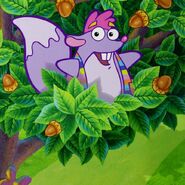 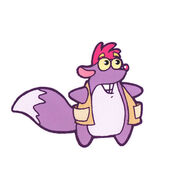 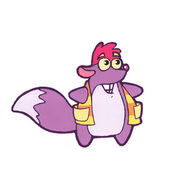 Pulling a lever to open a bridge.

Tico (left) with a present to give to his mother (right). 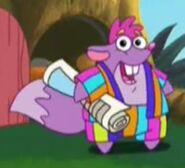 Tico with his vest as a lifejacket. 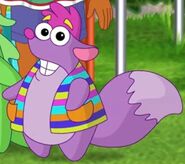