It's Mother's Day in the rainforest and everyone is celebrating, but the Bobos don't have a present for their mom. 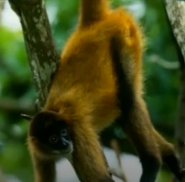 Retrieved from "https://dora.fandom.com/wiki/The_Bobo%27s_Mother%27s_Day?oldid=86261"
Community content is available under CC-BY-SA unless otherwise noted.