Dora the Explorer Wiki
Register
Don't have an account?
Sign In
in: Characters, Main Characters, Females,
and 7 more

Kate is the most artistic and creative of the Explorer Girls. She is an artist, actress, and puppeteer. Kate often puts on her own puppet shows and makes all of the artwork for them herself, as shown in the episode "Kate Gives Puppets a Hand." She is also a skilled painter, as shown in the theme song for Dora and Friends.

She first appeared in "Dora Saves the Crystal Kingdom." She later became a recurring character, appearing as one of the Explorer Girls in "Our First Concert" and Dora and Friends: Into the City!. She is voiced by Isabela Moner. Her younger self was voiced by Cassady Leonard.

Kate is an aspiring artist and performer who loves to draw pictures, tell stories, and perform in stage shows. The Nick Jr. website said: "Kate is artistic, dramatic, and has a colorful personality."

In Our First Concert, she wore a blue jean jacket with a teal collar and cuffs, red badge, her periwinkle undershirt, a necklace with red and green beads, the bracelets from Explorer Girls, a blue and periwinkle striped skirt, purple leggings, and pink boots.

Icon of Kate from NickJr.com 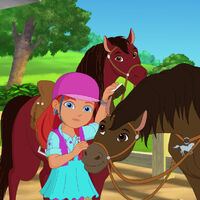 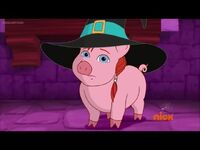 Turned into a pig. 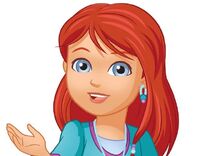