Start a Wiki
Job Day (also known as Jobs, Jobs, Jobs) is the 21st episode of Dora the Explorer from Season 3.

Dora and Boots are wondering what they want to be when they grow up, so they get to experience many different jobs to help them come up with a great decision.

Dora and Boots were at home and telling the viewers what they are thinking about wanting to be when they grow up. Boots wanted to be a baseball player or a teacher. Dora wants to be a soccer player, an astronomer or a musician. Dora then asks the viewer what he/she wants to be when he/she grows up. Soon after, she receives a call from her mother who works as an archeologist. Dora's mom tells Dora that she has almost found a buried treasure, but needs Dora and Boots to help her at her job. After the phone call, Dora tells Boots they had to help her mom at her job. The problem was they didn't know how to get there. They check Map for help. He says that they should go past the fire house, cross a bridge, to find Dora's mom by an ancient Mayan pyramid. He also tells them not to forget about star catching. Dora and Boots get going. They see the firehouse from afar. Dora and Boots imagine themselves as engineers who drive a train, as clowns and as musicians. After that, they reach the firehouse. Once there, they see Tico and his mom. They receive a call in the view screen. Benny the Bull is stuck in the big trees. Dora and Boots dress up as firefighters. And the group race to the rescue to help Benny the Bull who is stuck way high up the big trees, so high up that he can see Play Park. Tico’s mother gets on the ladder. They say "Arriba" to get the ladder to go up. The ladder raised high enough for her to reach Benny. He gets out of his hot air balloon is stuck in the trees. Now, they say "Abajo" to lower the ladder. Benny was safe on solid ground. But Benny's balloon was still stuck. Dora and Boots handed back the firefighting apparel and got going. Dora and Boots heard a loud meow sound which sounded like Baby Jaguar. He was sliding down a big mudslide. Diego sees him and puts on his safety gear. He rode on a mud board (not to be confused with a snowboard, A mud board was ideal to ride down mudslides). Diego rescues Baby Jaguar and headed down to safety. Baby Jaguar looked at his paw. Diego tells Baby Jaguar what was wrong. Then, he saw Baby Jaguar's problem. He's got a scratch. Boots realized that he's got a boo-boo. Luckily, Dora has a doctor bag in her Backpack. The viewer finds Dora's doctor bag. Shortly after, Dora gets out 2 things. She sprays the scratch with first aid spray and wraps a long bandage cast around his paw. Baby Jaguar felt better. Diego and Baby Jaguar head back to the animal rescue center while Dora and Boots get going to help Dora's mom at her job. Suddenly, they heard stars. Dora and Boots noticed that each star has its own occupation. They see a baker star, a movie star, a baseball star, a cowgirl star, a navy star and a police star. They catch the explorer job stars and put them into the star pocket. Not long after that, they reach the bridge. Boots sees his dad. He gave them architect helmets. They have a bridge to construct. The viewer helps them to figure out which piece go where. There was a triangle shaped piece, a tall rectangle shaped piece and 2 square shaped pieces missing. Once the bridge was finished, they were able to cross. Dora and Boots crossed the bridge and hung the architect helmets on the hooks. They were so close to the Mayan Pyramid. As Dora and Boots continued on their way, they saw chickens going on the opposite path. Dora and Boots call out to Policia the Police Star. She blows the whistle causing the chickens to stop. Dora and Boots crossed the path. Policia blows the whistle again to let the chickens go. Dora and Boots thanked Policia and goes into the star pocket. Not long after that, Dora sees her mom and she and Boots got going. They put on their archeologist hats. Señora Marquez tells Dora and Boots that the lost jewel is in the pyramid. She dug up one key but they need 6 keys to open the door. Dora, Boots and Señora Marquez had to figure out where to dig. The keys were farthest away from where the group was. The viewer finds the spot where the group should dig for the keys. They started digging and there were the keys. Boots pulls out 2 keys, Dora pulls out 2 keys and Señora Marquez pulls out one more key. The group needed 6 keys to open the door. They counted to make sure they had 6. And that they did. The 6 keys were put inside the locks. The pyramid door magically opened. Now, they had to look for the lost jewel. Señora Marquez tells them that the lost jewel is red and is shaped like a diamond. They find it as it was spinning around. Suddenly, they heard Swiper the fox. They all stop Swiper the fox by saying "Swiper no swiping" 3 times and Swiper runs away. Now, that they found the lost jewel, they can take all the precious treasures to the museum. 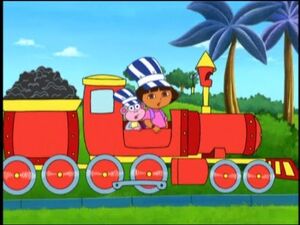 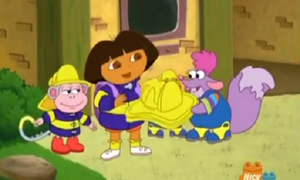 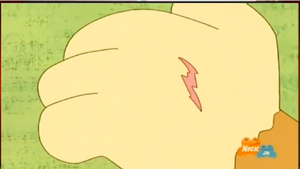 Ouch! That's got to hurt. 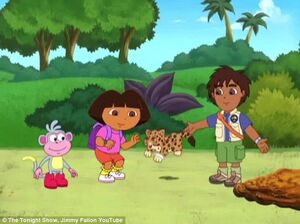 Oh, look! Doctor Dora is back! She helped soothe a Baby Jaguar's boo-boo! 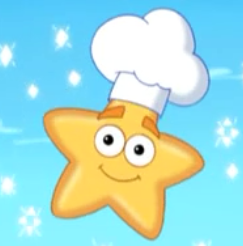 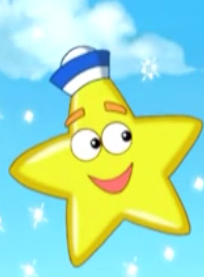 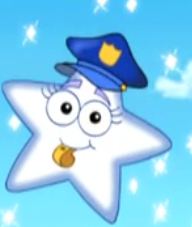 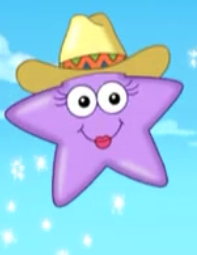 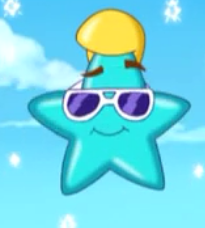 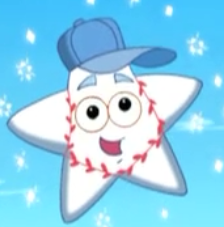 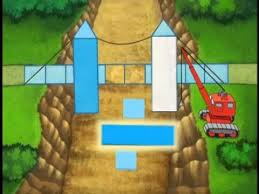 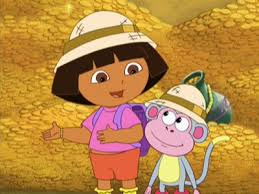 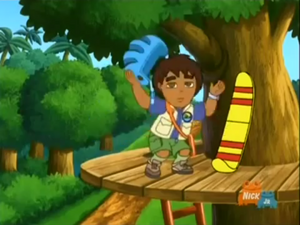 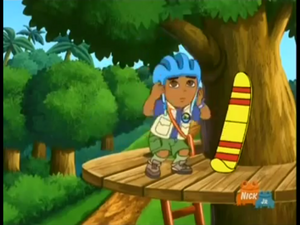 Dora and Boots have to go past the Fire House, through the bridge and that’s how they’ll get to the pyramid!
Add a photo to this gallery

Retrieved from "https://dora.fandom.com/wiki/Job_Day?oldid=73797"
Community content is available under CC-BY-SA unless otherwise noted.