Dora the Explorer Wiki
Register
Don't have an account?
Sign In
in: Characters, Humans, Males,
and 6 more

Trick or Treat
Guillermo Márquez is Dora's baby brother. He is a 1 year old baby who has a twin sister named Isabella. He wears a blue shirt and a white diaper. In Happy Birthday Super Babies he wears a different shirt and blue pants. He appeared in many episodes of Dora the Explorer starting with "Big Sister Dora". Like Isabella, he remained unnamed until the episode "Dora's Jack-in-the-Box", where his name was revealed. Like Isabella, he appears in the Dora and Friends episode "Magic Land", in which he appears a little older and can speak in full sentences. They also helped Dora in Super Babies. 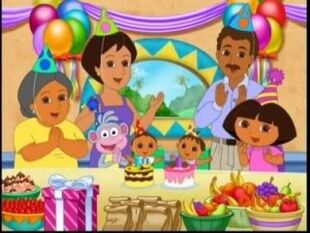 Guillermo with Isabella as babies. 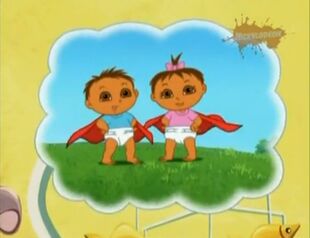 Guillermo and Isabella as superheroes (better known as the Super Babies). 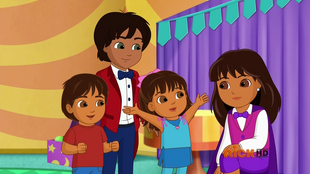 Guillermo with Isabella as children in Dora and Friends: Into the City! 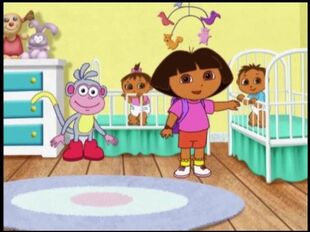 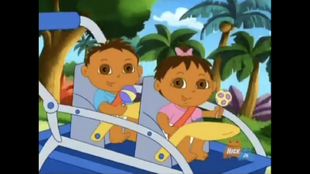 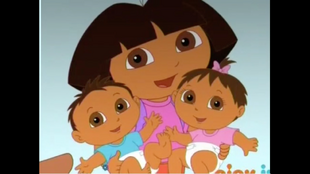