Start a Wiki
Freddie the Fruit Bat Saves Halloween! is the 16th episode of Go, Diego, Go! from season 3.

Linda the Llama can't join Diego, Alicia, and Freddie the Fruit Bat for trick or treating because the bridge is broken. It's up to Diego and his friends to figure out a way to get Linda the Llama across the bridge.

It's Halloween! Diego, Alicia and Freddie the Fruit Bat are setting up trick-or-treating booths for all the animals. When suddenly, they hear a cry for help. Diego uses Click to find the animals in trouble. It's llamas! Oh, no! The llamas were bringing the goodie bags to the Rescue Center when suddenly, that bridge is broken. Now the llamas won't be able to come into the rainforest. They have to fix the bridge so that the llamas can bring the treats to the party! Al rescate! The viewers help Freddie use echoes, to get through the Rainforest Maze. Then, they help Freddie climb inside a tree hole to find Baby Jaguar's lost hat, and then navigate 'arriba/abajo' through the Spider Webs all the way to the broken bridge. Diego secures the bridge and all of the llamas run into the rainforest with the treats. It's time to trick-or-treat!!! 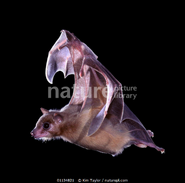 Add a photo to this gallery
Retrieved from "https://dora.fandom.com/wiki/Freddie_the_Fruit_Bat_Saves_Halloween!?oldid=75164"
Community content is available under CC-BY-SA unless otherwise noted.