Dora in Wonderland is a Dora the Explorer TV special, as well as the 12th episode from Season 8. 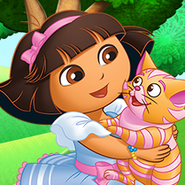 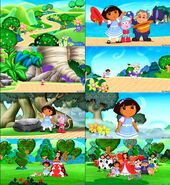 Dora is holding her blue dress.

Retrieved from "https://dora.fandom.com/wiki/Dora_In_Wonderland?oldid=94433"
Community content is available under CC-BY-SA unless otherwise noted.