Start a Wiki
Diego's International Rescue League is the double-length episode and the 12th episode of Go, Diego, Go! from season 4.

Diego assembles an elite team of world rescuers who, together, try to earn their World Rescuer's patch! They head to Rescue Island where they must identify and return 5 eggs to their natural habitats before time runs out! 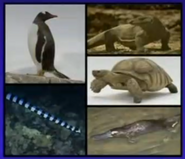 Retrieved from "https://dora.fandom.com/wiki/Diego%27s_International_Rescue_League?oldid=61210"
Community content is available under CC-BY-SA unless otherwise noted.