Start a Wiki
Boo! is the 16th episode of Dora the Explorer from Season 3.

Dora & Boots meet a little monster who is lost, so they have to bring him home before midnight.

We have to go through the pumpkin patch, Then through the Good Witch's forest and that's how we'll get to the monster house

Our first trick or treat stop

We made it to the pumpkin patch!

Our second trick or treat stop at Abuela's

The Good Witch's forest as seen from afar 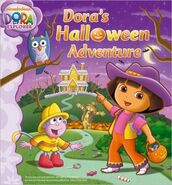 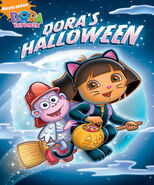 Retrieved from "https://dora.fandom.com/wiki/Boo!?oldid=70265"
Community content is available under CC-BY-SA unless otherwise noted.