The Blue Cursor was used as a cursor in Dora the Explorer.

Role in the show

When Dora asks a question, it clicks on the answer. In the ending credits, it is seen clicking on a button to reveal the credits, and also trying to find the featured character in the Character Find segments.

The Blue Cursor takes the form of a blue arrow with a white border. It is angled at around 40 to 50 degrees with the point of the arrow facing the right side of the screen. The top half and the bottom half of the arrow are about the same width. When it clicks on something, the object it is clicking on will glow yellowish-white. 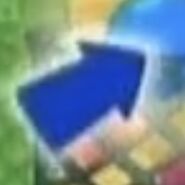 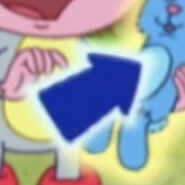 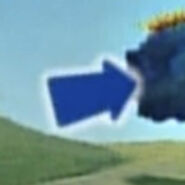 Used from The Legend of the Big Red Chicken to Sticky Tape. It is also used during the Character Find. 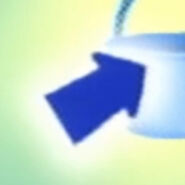 This version of the blue cursor was seen in the Backpack Segment in "Berry Hunt", "Grandma's House", "Surprise!" and "Sticky Tape". 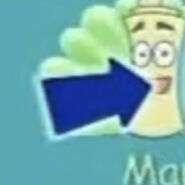 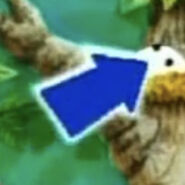 Retrieved from "https://dora.fandom.com/wiki/Blue_Cursor?oldid=74656"
Community content is available under CC-BY-SA unless otherwise noted.